MENTAL POWER PRAGUE FILM FESTIVAL is an international film festival (not) actors with intellectual and multiple disabilities. The festival presents feature films that play exclusively people with intellectual and multiple disabilities. The main idea of the festival is to create the conditions for artistic self-realization for people with disabilities and thus to contribute to their mental development, and especially to allow them to live a full life

The festival aims to:


1) create the conditions and environment, which is typical for film festivals professional actors
2) enable disabled people to experience special moments between people without disabilities
3) show healthy people that these people are in their artistic creation and experience fully balanced
4) to convince the general public about this and their ability to convince people with disabilities that are artistically equivalent at a fixed location

The festival will take place along the lines of previous years . The first two nights are reserved for screenings of films in competition , performances of all participants , interviews with presenters (non) actors , the presentation of flowers and a book signing participants and subsequent concerts of artists who sympathize with the idea of ​​the festival .. The final gala evening of the festival is designed to fulfill one of the objectives of the festival " to enable people with disabilities to live a noble moments between people without disabilities and turn social role , just when they become celebrities ." The evening begins gala entrée on the red carpet at the arcade on Wenceslas Square , attended by both contestants and jury with moderator Gala. The jury will include personalities of Czech culture , that their presence annual festival is supported by: T. Vilhelmová ( face festival ) , E. Holubová , V. Dyk , T. Voříšková , M. Horacek , M. Suchanek , T. Kostková , V. Bares , V. Beauty and more. The gala evening takes place along the lines of all the world's gala , this year's moderator will Vojta Kotek . Viewers are witnessing nomination previews in ten categories ( Best Film , Best Actor , Actress , spoken word , minor male , female role etc. ) and the subsequent evaluation and prizes that cater to the jurors . The winner in each category will receive a prize , which is produced specifically for the festival artistic blacksmith . At the beginning of the evening takes place the most important part of the festival , at which each participating team gets award Mental Power , which meets the objectives of the festival - to participate in the creation of the film and develop their personality through artistic positions that form for people with intellectual disabilities often the only form of communication (music , drama , dance) . The accompanying program to meet the artists on stage with and without disabilities , thus fulfilling another objective of the festival area in which there is integration through artistic production. At the end of the evening gala - gala buffet will be ready for all involved.
For several years, managed to convince not only the jury , the general public , but also non-profit organizations throughout the country , as well as film students about strength, uniqueness and individuality ( ne) actors with intellectual disabilities in the film . This new style of film - ARTICAPPED , organizers are trying to promote not only in the Czech Republic . Evidenced by the increasing interest of foreign filmmakers and nonprofit organizations , which is also reflected in the fact that in addition to participants from the Czech Republic , the festival is more and more foreign participation . The festival is also a place that therapeutic effects not only on people with disabilities , but also self-reflection helps people who are mere " spectators " , and those who will visit the festival happen expanding and revising forever settled forms of thinking . It is also a fact that the Mental Power is not about compassion , but about the power of people and their presentation skills and artistic skills . This is also the reason why the current cultural events irreplaceable.

Mental Power is not yet festival project " three days" . The mere participation in the festival requires a film, which is the result of year-long collaboration of people with disabilities and people without disabilities . The work of (non) actors in the film is irreplaceable socio - dramatherapy justification that can not be replaced by any other activities :

- Be an actor in this case is to work with your personality and be aware of its limits and uniqueness , which is just for people with intellectual disabilities plays an irreplaceable role in our personal lives and in self-reflection .
- Work on the script develops imagination and concentration exceeds life on the basic biological and social necessity
- Work on camera , and the very fact that the result of their work not only see myself in the public sector intensifies feelings of identity and the meaning of life
- That, as an actor , I spotlight the interests of other people , and reinforces the importance of social prestige , which in turn affect self-esteem
Mental Power festival is a cultural project which through its artistic originality ( films that presents are simply different ) fulfills the meaning of art in its fullest sense that the arts can achieve society-wide dimension.
Therefore, except for the final three-day ceremony in Prague , throughout the year take place in the Czech Republic and abroad Echoes Mental Power to various nonprofit organizations organize in cooperation with Hendaver , os and that throughout the year present the work of the handicapped and familiar with the general public . This year the festival (from 8/15 2013 - 15 July 2014 ) will be held echoes in Ostrava , Saaz, Pilsen, Prague , Kladno, Mladá Boleslav , Brno, Bratislava , Wroclaw, Germany and Belgium.
In addition to the echoes of the festival , organizers and representatives Hendaver , os enroll best films to various film festivals at home and abroad , to spread the idea and presented the work of the handicapped ( Pisek FAMO , Belgium , Turkey , Philippines , USA) . Therefore, the 8th festival will also be able to watch movies from a number of European countries - eg . Belgium , France , Slovakia, Italy , Switzerland, Poland . Mental Power is still the only festival in the world that exclusively presents and supports shooting films with people with learning disabilities. Therefore, we believe that the Czech Republic , as the place where this activity and creation was to give this project a great international prestige .
Festival organizers are doing more and more to fulfill the main idea of ​​organizing the event - to create the conditions for artistic self-realization for people with disabilities , allowing them to deviate from the track everyday life and experience a true moment of fame and artistic creation and convince the general public about this their abilities. 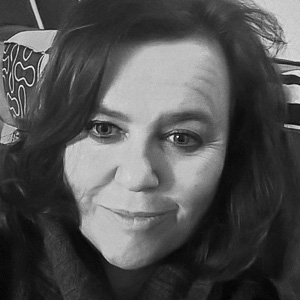 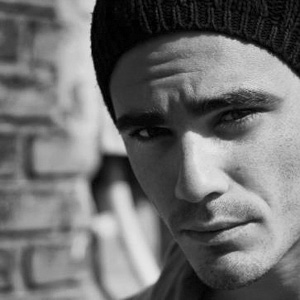